How To Not Suck at Social Media

How To Not Suck at Social Media 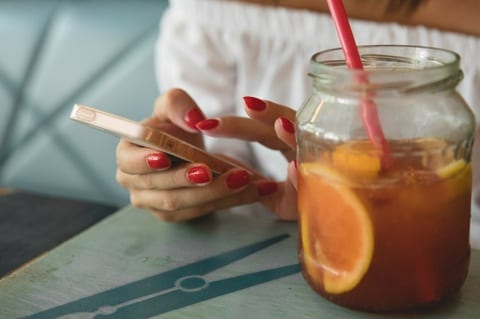 My friend recently made a joke, at his parent’s expense, stating, “Just because you put it on your ‘MyFace’ and tweeted it with your ‘SpaceBook,’ doesn’t mean I got the message.” This coupled with grandparent trouble with auto correct on Facebook (see below) got me thinking, if people suck with their own social media, they probably suck at their businesses.

Long story short… we want to keep you from tagging ‘Grandmaster Flash’ in your next Facebook posts!

Some of the most successful followings on the internet began organically; first as a simple rallying cry, eventually becoming a successful business in their own rights. One such example is the wildly popular, and very unique blog, “I F***ing Love Science” (I may have cleaned up the blogs name a touch).

IFLS was created by Elise Andrew, a Social Media Content Manager for LabX Media Group, in 2012. At first, IFLS was a simple Facebook group made for Andrew to post fun and interesting pictures and facts about science. However, by the end of its first day, the page had already amassed over 1000 likes, and 4 months later had over 1 million! While the massive amount of success IFLS has achieved is never something to expect, use of their practices can still be a huge benefit to any company’s social media vision.

IFLS started small, with NO business minded goals behind it, and is now one of the most influential science mediums on earth. Wonder why? Because the goal was to be a content provider, not a service provider. Because people enjoyed reading the IFLS content, they were more likely to share that content with their friends.

Instead of posting about upcoming sales, or bugging your family and friends to share your page with others, start by posting information relevant to your business. If you own a hardware store, post a picture of a shipment of ratchets being unloaded, or a picture of how to open a tool case without its contents falling everywhere.

Don’t be exclusive to one social platform! If you create a YouTube channel filled with how-to videos, tweet out links to those videos. Create a vine teasing the video that’s to come later in the week on YouTube. Studies show people are far more likely to click on posts that contain either a picture or video. Hell, you can get really crazy and post a GIF!!

It’s also good to note that by promoting yourself over several social mediums, SEO is positively affected as well, due to the new links being built.

Be selective, but properly selective

Just because a social media exists doesn’t me you HAVE to be on it. Sites like Vimeo are great if your business works with or in the film industry, if not YouTube is far more sufficient. Similarly, unless your industry is tech based, Google+ can be avoided.

Conversely some of the more niche social media sites can greatly benefit your company. For instance: the vast majority of Pinterest users are woman (nearly 80% according to RJMetrics). With that in mind, the owner of a women’s clothing store could greatly benefit from a Pinterest page, while the owner of men’s clothing store might not receive the same ROI.

Finally, don’t be afraid to give props to others in your industry. If you’re a personal trainer, and you find a great video depicting proper squat technique… post it. Yes the video is done by someone else, and likely has a tag in it; however, your audience received it from YOU. This can also help create opportunities for collaborations with others in your industry down the road. If that other personal trainer happens to excel at strength training, while your specialty is aerobic conditioning, a collaborative effort can be mutually beneficial, by both link building and audience sharing.