ROI Marketing | How to Use the OODA Loop in Digital Marketing

ROI Marketing | How to Use the OODA Loop in Digital Marketing 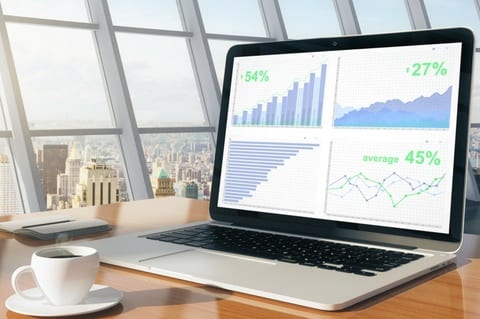 During the Korean War in the 1950s, Air Force pilot John Boyd observed that American fighter pilots routinely won a majority of dogfights despite the advantages the Russian-made MIG-15s had over the American F-86s.

He laid out a revolutionary way to think about conflict.

The OODA Loop — Observe, Orient, Decide, Act – has been implemented by military organizations across the world.

It has also been adopted by businesses to help them thrive in a volatile and highly competitive economy. To improve ROI, marketing best practices implement the OODA Loop.

Enter the world of digital marketing.

The OODA Loop applies because digital marketing is a constant experiment. From there, results are gathered using digital analytics tools to refine and experiment again.

The first stage in the loop includes taking in observations. Observations from unfolding circumstances, outside information, and the general environment.

This also includes making observations on the ‘Act’ stage of the loop (but more on that later).

This stage applies to digital marketing through:

Through orienting yourself, you take in your observations and organize them compared to where you currently are.

This stage is about deciphering information and where you need to proceed.

For example, do you have a large amount of customers using a specific social media site that you haven’t been developing enough content for?

This stage is where you create your experiment.

Whatever you gathered from the ‘observe’ and ‘orient’ phase of the loop, you use to make a hypothesis and test it out.

It’s not a blind action, and there should be a clear definition of success with a clear way to measure it.

It may be self-explanatory, but here is where you act. You test your experiment for ‘x’ amount of time. After it’s over, you analyze how it went, what went wrong, etc.

Once that is finished, you go back to the start of the loop. You observe the results (ie, ROI) garnered from the past experiment as observations and continue looping forward.